What’s Catch Dubai all about

So why should you bother trying Catch Dubai, an New York import that serves mainly American and some Asian style seafood in an urban cool type setting at the Fairmont hotel on Sheikh Zayed Road? 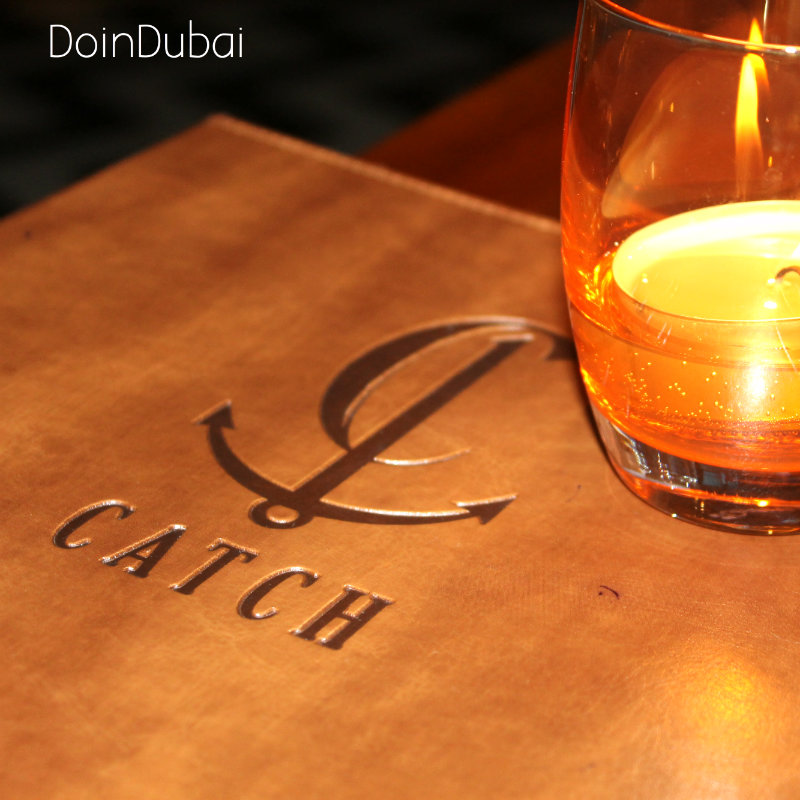 The Location of Catch Dubai

Catch Dubai is located on the first floor of the Fairmont hotel on Sheikh Zayed Road and unlike Novikov which has it’s own entrance next to the Grand Sheraton hotel, you go into the Fairmont hotel lobby itself and look for the Catch elevator behind the large pillar on the left!

The Food at Catch Dubai

Chef Bobby Griffing, head chef at Catch,  grew up in Texas and has been cooking from a very young age. He’s influenced by Asian flavours as he lived in Japan for a while and he has a very skilled Korean sous chef assisting him at Catch. So the classic American style Maryland Crab cake also makes room to incorporate Korean Chilli threads and a small slice of raw tuna on top. This crab cake has no fillers other than the fresh  crabmeat itself and some dressings that bind it together. (See the cookery school video to see Chef Bobby putting this dish together)  I urge you to also try the Hellfire rolls that are Catch’s take on Spicy Tuna maki. 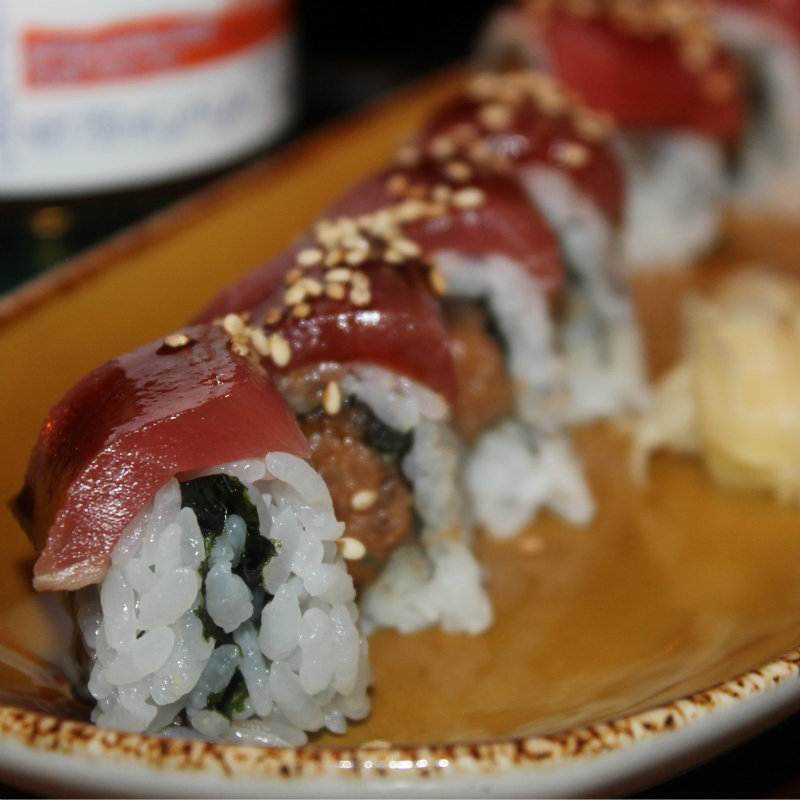 I also really liked the lobster rolls, a very American mini lobster sandwich made with potato bread, so this choice is low on the gluten but very satisfying.

Their beetroot salad made use of both red and golden beetroot that I’ve seen in Farmer’s Markets in London but haven’t seen in any other restaurants in Dubai yet. We chose a Kampachi fillet of fish simply grilled in the Josper oven served with Tamarind brown butter together with parmesan and truffle fries as a main course. If you’ve had some starters, then this would be enough to share if you also intend on eating dessert. The couple next to us had a main course each and couldn’t finish.

It’s strange to order a pizza style dessert but the S’mores Pizza is made with a dark chocolate pastry base and caramelized marsh mallow instead of mozzarella cheese on top!  This dessert was enough for 4 sweet toothed people at least, we took the bulk of ours home. 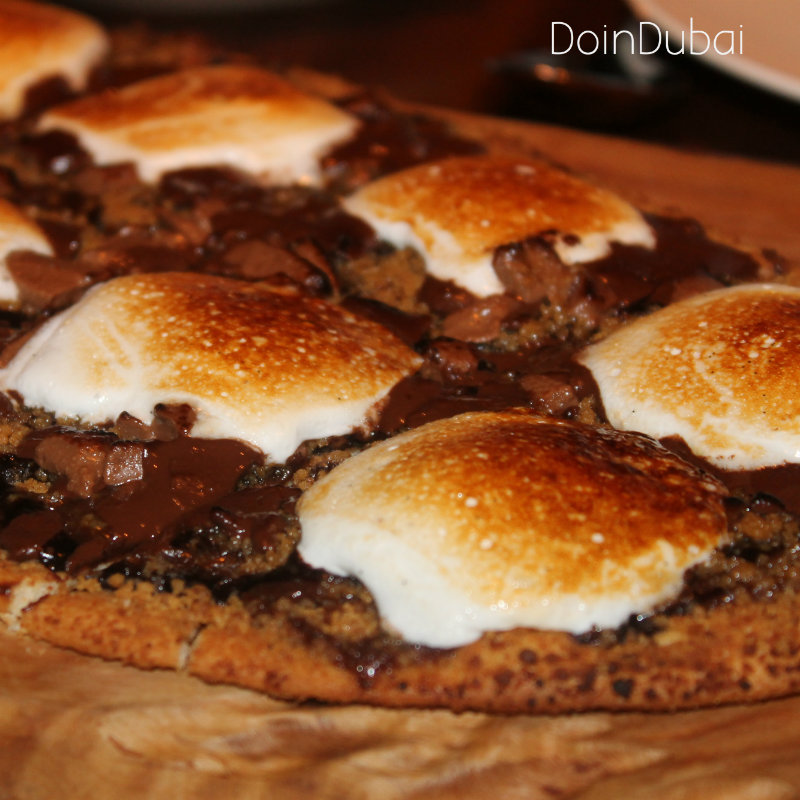 The Ambience of Catch Dubai

I loved the ambience and the space of the restaurant. The bare brick walls and industrial design really were a little bit different to many Dubai restaurants. It has a separate bar area to the main dining space but it doesn’t feel as some Dubai restaurants do, too big.  I’ve visited Catch Dubai a few times, for dinner and just for drinks and snacks. The atmosphere in the lounge / bar area in the evenings is very buzzy, the music isn’t too loud for you to be able to chat and the velvet sofas and seating arrangements are  perfect for an informal get together with high quality, filling bar food and cocktails. 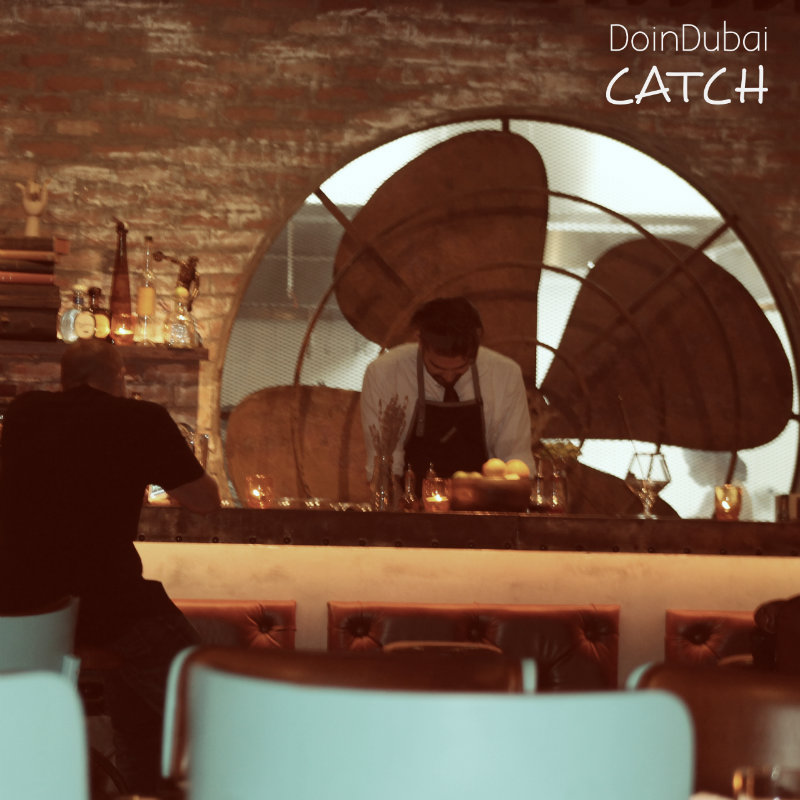 The Prices at Catch Dubai

7 Hellfire tuna rolls for Dhs 75 seemed quite good value to me for a restaurant of this quality. The beetroot salad with golden and red beetroot was Dhs 80 and the  main course grilled Kampachi was Dhs 220 which seems to be fairly standard for main courses at Dubai’s top seafood restaurants. Dhs 60 for the parmesan truffle fries seemed slightly high for what we received.

Worth Knowing about Catch Dubai

If you want to learn how to make some of the dishes on the menu then Catch has just started a series of cookery classes where you can interact with Chef Bobby Griffing, go into the kitchen and see what a josper oven looks like, talk to their very experienced American sommelier Catherine and then eat what’s been prepared in a private dining room adjacent to the kitchen. The manager Sebastien is also on hand if you have any questions about the restaurant. 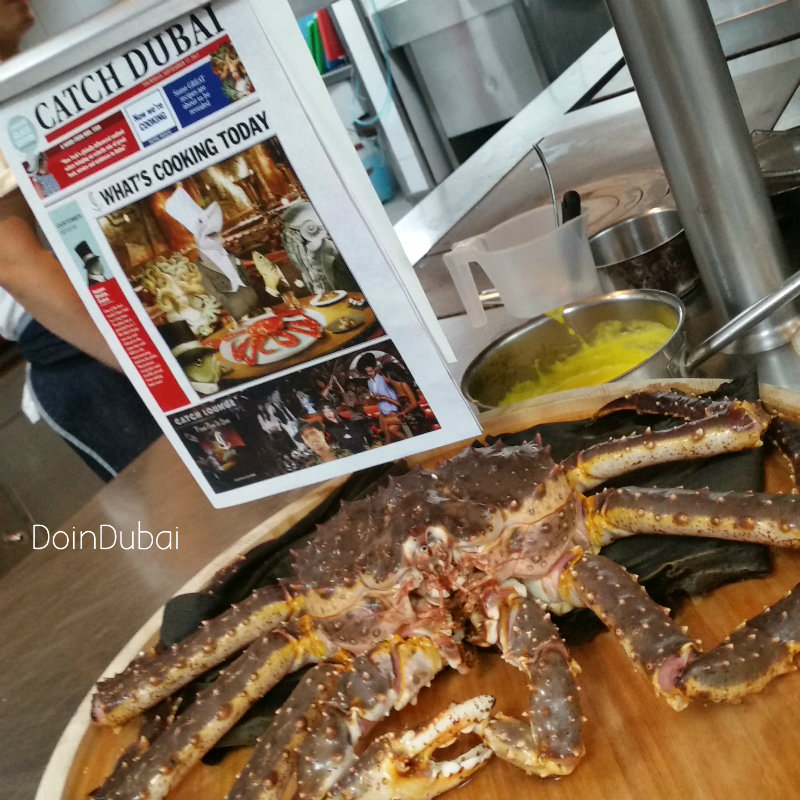 I tried the Crab Master class in September 2015 and they also intend doing a class on sushi and desserts.

I understand the cost for the class and more food than you can eat together with some choice wines will be roughly Dhs 500. A great idea for a special day out with friends. But you tend to see the dishes being put together as opposed to cooked from scratch. Chef Bobby is available to answer any questions during the session. Contact Catch directly on [email protected] to enquire about the upcoming classes. 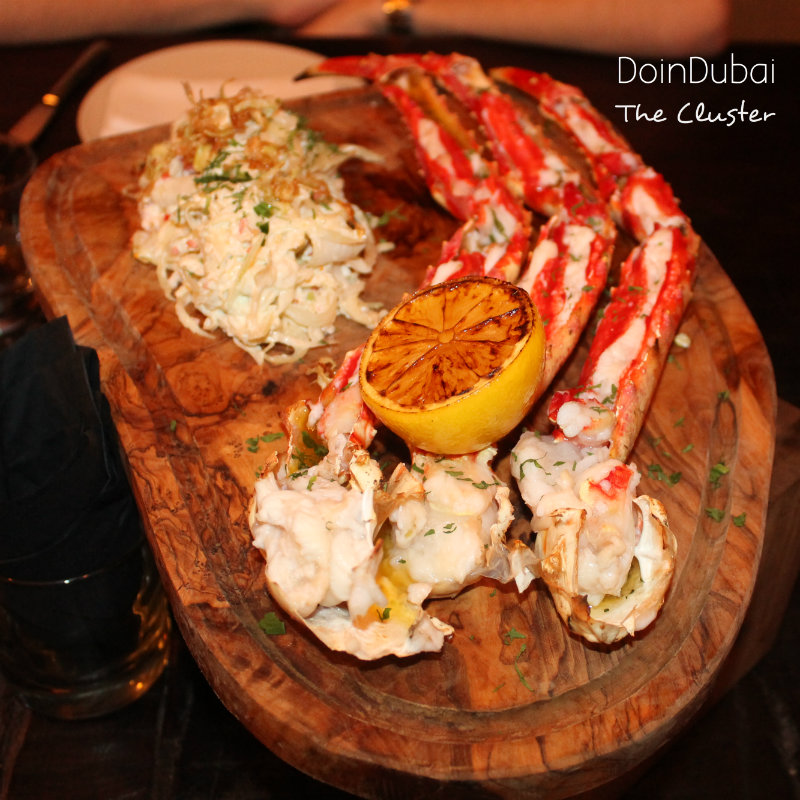 My favourite cocktail this year has to be the Miguelito, developed recently by the very accomplished bar staff at Catch, it comprises of a tequila based spirit that is then topped with blood orange juice and finished with with Hawaiian black salt on the rim. Love it even more than the chilli margarita at Coya I think!

From Dubai to New York!

Despite Catch being a New York import some dishes we understand have been exported from Catch Dubai to the New York menu! The Korean Fried chicken is one of them. It’s the kimchee marinated fried chicken, pistachios and spicy mango coleslaw.

Room for Improvement at Catch Dubai

I would have liked to see a different range of desserts that were a little more grown up than the S’mores Pizza, so a nice slice of Belgian Chocolate cake or fresh Lemon Tart for example would have been in keeping with the mainly American theme of the restaurant but would be more of an adult offering. That said, Catch does have something for everyone. If you like your dishes on the spicier side then opt for the Spciy Crab Pasta.