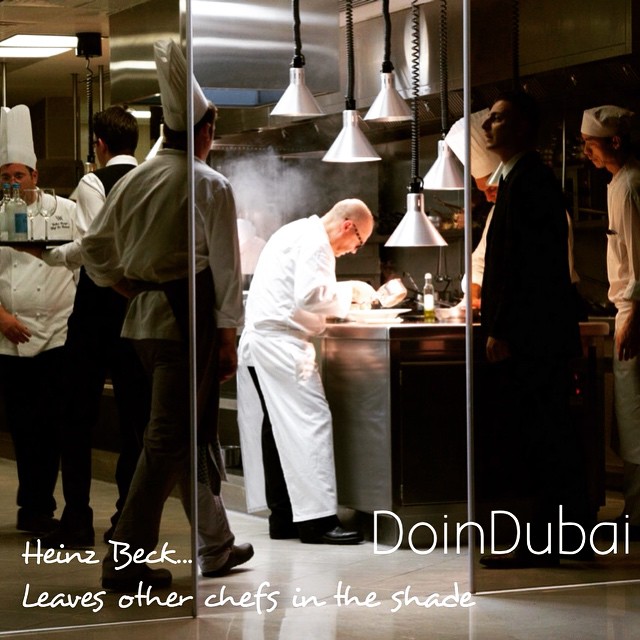 Chef Heinz Beck is German by birth but has lived in Italy for the last 21 years. His La Pergola restaurant in Rome,  has had it’s coveted 3 Michelin stars for the last 10 years.

Chef Beck explained that one never really knows what it is that the Michelin Inspectors are looking for, but you have to be ready. Furthermore you never have much idea of who they are!  La Pergola located in the Cavalieri at the Waldorf Astoria Rome, was visited by the inspectors 17 times, but he only recognized them twice!

Last year Heinz Beck, together with an up and coming American chef David Posey, won a competition organized by the James Beard foundation. They beat off strong competition to create the new Taste of Waldorf dish. They came up with the winning dish Celery Risotto a la Waldorf. You can look at the recipe to see what’s in it and how it was made.

I was fascinated that they turned the celery into risotto size rice pieces simply using a knife and lots of patience! This dish will now be rolled out in all the 29 Waldorf Astoria hotels around the world. Did you know that apart from the obvious Waldorf salad, dishes like Red Velvet Cake, Thousand Island dressing and Eggs Benedict all originated from the Waldorf Astoria kitchens and are now iconic items globally recognized? 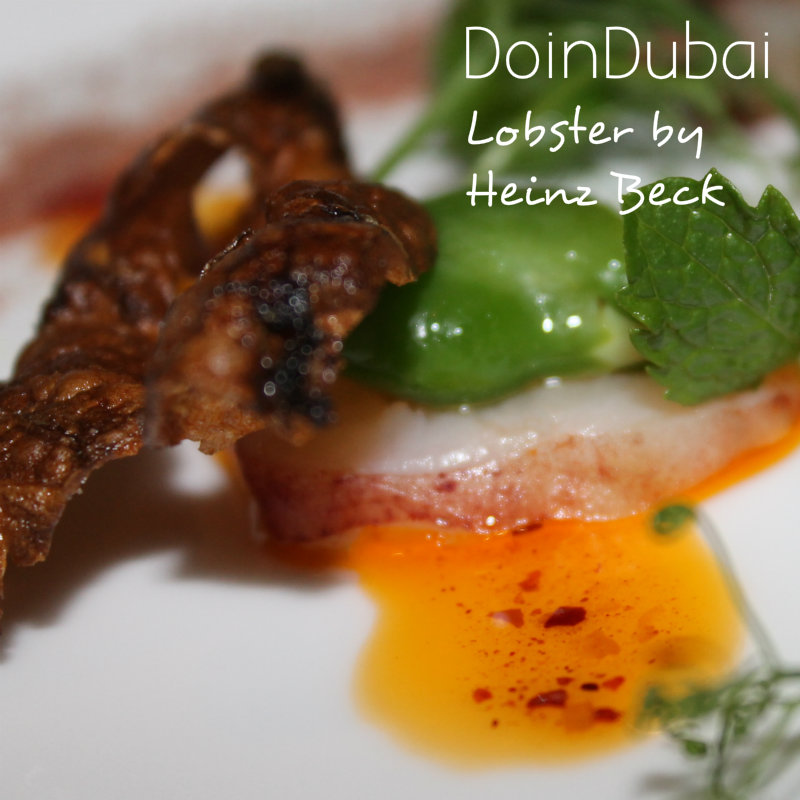 Celery Risotto a la Waldorf is just one of the items on the menu at Social restaurant at the Waldorf Astoria on the Palm Jumeirah. You can try it any time but Heinz Beck was in Dubai for 2 days on the 4th and 5th of May cooking at Social itself. DoinDubai was lucky enough to be invited to try a 7 course meal prepared by the 3 star Michelin chef at Social.  Heinz Beck explained to us that Dubai was a little challenging when it came to sourcing fresh ingredients that he’s used to finding in the food markets of Rome and other European cities, but they managed. I’m not sure if they used organic celery in the Celery risotto a la Waldorf but we know it’s hugely different in appearance and taste from the supermarket Australian and American varieties we get here. 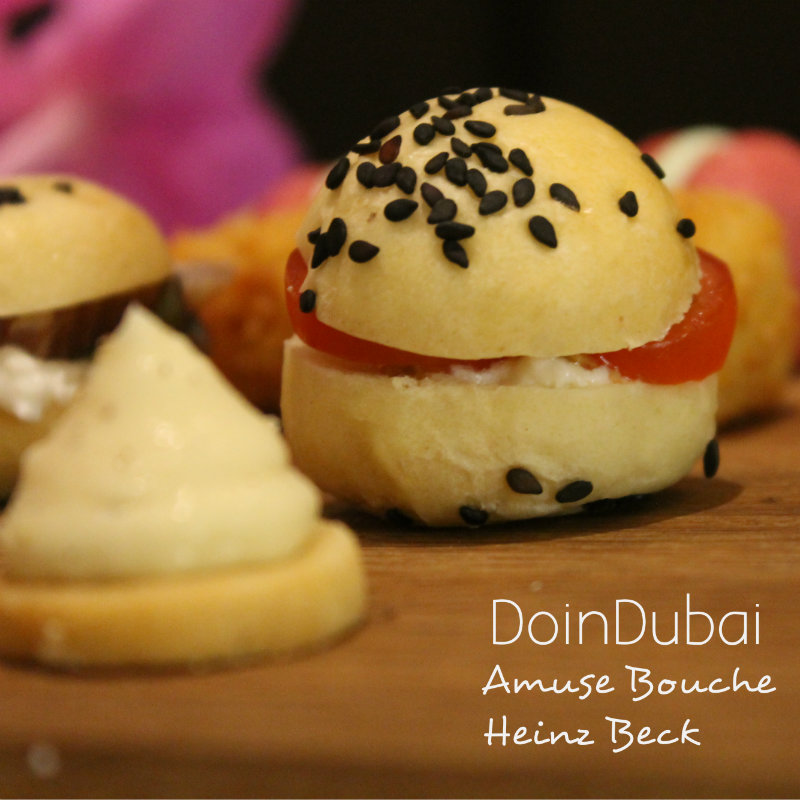 The service at the Waldorf Astoria on the Palm was excellent, we called ahead and explained that my dining companion was a vegetarian and I didn’t eat beef but we still wanted to experience the mastery of Heinz Beck’s cuisine. We were not disappointed at all. 7 impressive courses for both of us with our dining preferences addressed.

I haven’t eaten at a restaurant where a 3 star Michelin chef was cooking so I wasn’t sure what to expect and I was so nervous about talking to a celebrity chef! Heinz Beck is completely normal, very friendly and totally unlike a celebrity at all! He chatted to a couple who were so excited that he was cooking for those 2 nights they happened to be staying at the hotel and signed a menu for them. He spoke to us after dinner and was only too happy to answer our questions patiently. I explained I was impressed that he was quite au fait with social media as I had looked him up and followed him on Twitter. He said this was the new norm. He also said if he had a choice to eat anywhere in the world money no object, then he would eat what his wife had made for him at home. But at a push he also recommended a Japanese restaurant called Kikunoi in Tokyo that specialises in a type of cuisine called Kaiseki.  We thanked him for his time and wished him all the best, he then followed me on Twitter!

Listen to what DoinDubai had to say about Social with Heinz Beck on The Ticket on Dubai Eye 103.8 where I am a regular guest. This restaurant featured under Dining to Impress! If this podcast has whetted your appetite for more chat, then listen to the current choices.