Sometimes DoinDubai agrees to write honest product reviews on new products and services that are :

So it could be as simple as a range of toxic and chemical free art materials for kids to a comprehensive online accommodation and area review website, to my latest request to review an air purifier that uses Photo Plasma technology! When I first googled Photo Plasma I kept coming up with anti aging creams!

So will having an Air Purifier in your home make you look younger?! Not sure about that, but you will breathe cleaner air; no smells, smoke or mould will hang about so that has to equal a healthier you?! Read on to find out more.

Where did I hear about this Air Purifier?

A recent Food News radio show for Dubai Eye 103.8 (September 2015) was broadcast live from the Hotel Show at the World Trade Centre so in the time before I was due on air I wandered around looking for mock ups of gorgeous hotel lobbies. There were none.

The Hotel Show is much more about suppliers to the hotel industry than hotels themselves. I stopped at the Air Purifier stand as initially I thought the unit on display was a sort of very powerful mini car hoover! 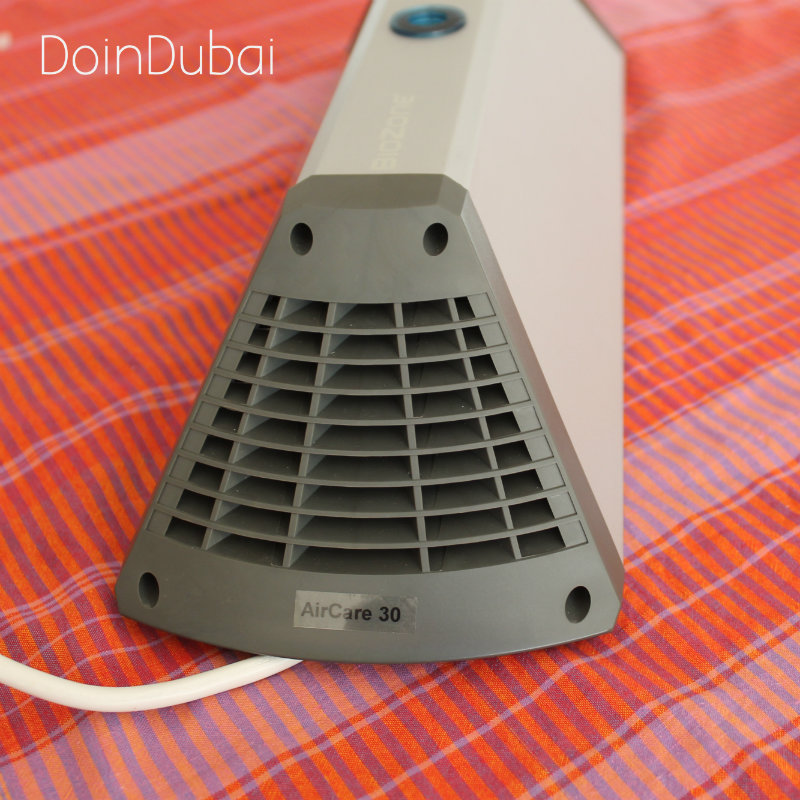 Eventually after asking them some searching questions the people on the stand felt DoinDubai would be an ideal place for an honest product review following a trial period of running the air purifier in my home. They have already sold to some major hotel chains in Dubai and the product is widely known and used in Europe, America and Hong Kong.

What is the model of the actual Air Purifier I tried in the Arabian Ranches?

The product I agreed to trial in my home is the medium sized Air Care 30 – Air Purifier unit produced by a company called Biozone Scientific. The product has components and parts that are from Finland and the USA and the overall unit is is finally assembled in the USA. I was informed that the units for the South East Asian market are assembled in China. Their head office is in Florida and their office here is run by a British organisation.   The size of product I tried was ideal for home use. They have larger units and smaller ones. The smaller ones would be ideal for a bedroom. 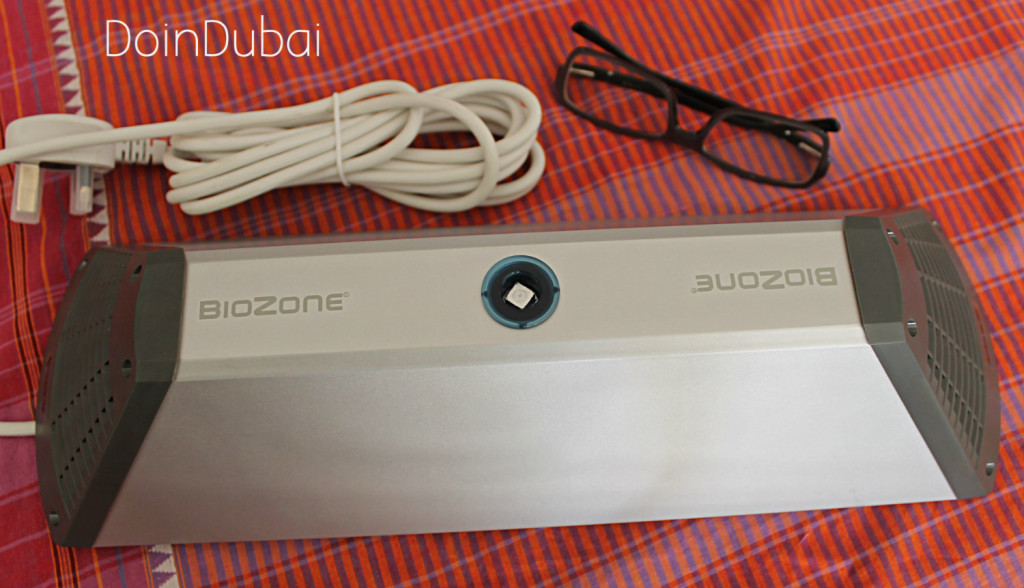 What does this Air Purifier do that’s a bit different ?

Basically the Air Purifier neutralizes all kinds of odours that can for example arise from cooking or keeping pets at home, as well as those unpleasant aromas of damp, musty environments. But that’s not what’s different about it. 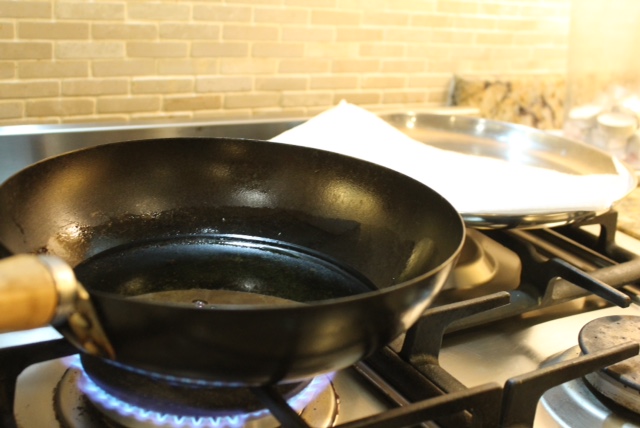 The Air Purifier literally removes the offending smell by chemically neutralizing it whilst releasing something called Photo Plasma from it’s vent section. This Photo Plasma is really activated oxygen combined with low levels of Ozone and Ion. This photo plasma is produced inside the unit with the help of a uv lamp and motor and it’s the ions from the photo plasma that you can “smell” once it starts working. It’s a bit like a clean smell in the fresh air after it’s rained.

Where did I position the Air Purifier in my home?

I was advised by their marketing manager to position the unit as high as possible in my kitchen, ideally near the vent of an existing air conditioner that would literally blow or diffuse the photo plasma out of the unit into the rest of the kitchen. It needs to be within about 2.5 meters of a socket so you can plug it in. You can mount it on a wall or ceiling but as I was just trying it out, I just set it on top of a cupboard.  It doesn’t show but you can see the flex hanging down next to the cupboard. I liked the fact that a staff member helps to suggest the optimal place for the air purifier to be positioned. It uses a normal 3 pin plug. 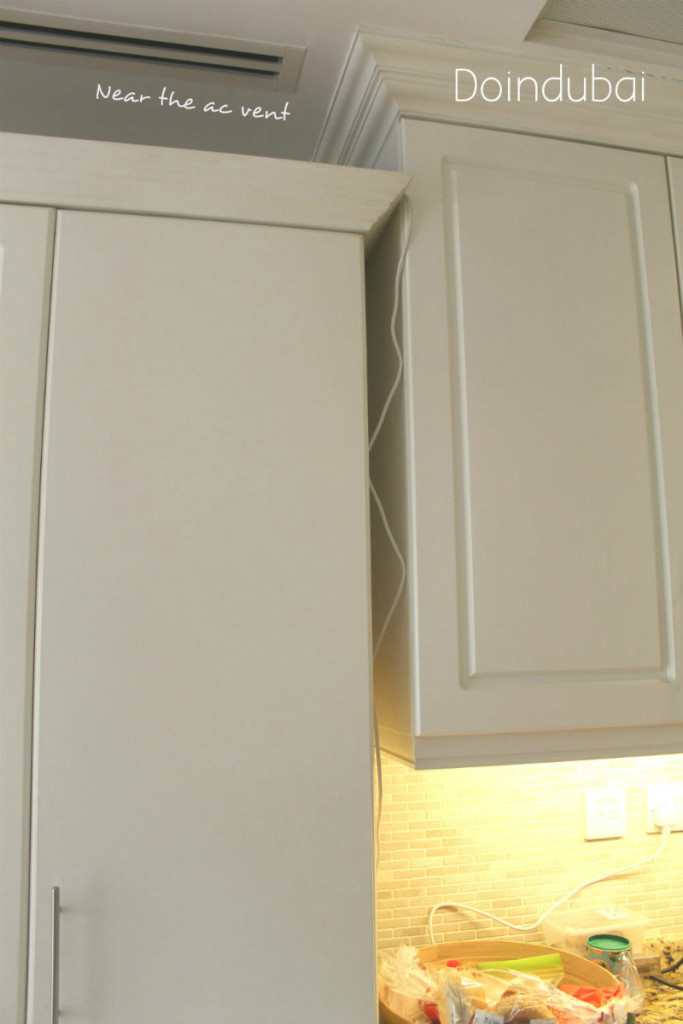 How does the Air Purifier actually work?

It literally just needs to be plugged in and turned on. That’s it. It makes a very silent whirring noise while on, you can’t hear it at all if you have an air conditioner on in the room it’s in. You need to make sure the vent stays dust free and the special uv lamp inside the unit needs to be replaced once a year.

Does this Air Purifier Work?

In a word Yes it does!

Since we’ve plugged in the unit sitting on top of a tall kitchen cupboard, I have fried onions, made stir fried chicken and cooked spicy, masala heavy, Indian curries. The Indian curry masala smells don’t disappear completely but are greatly diminished. Generally frying onions, garlic, chicken etc, you can’t smell a thing. We have quite an open plan house so there is no smell or odour wafting throughout the downstairs. Our maid also fries fish in our kitchen in her own unique way and even that very potent smell is greatly reduced but you still know what’s been happening in your kitchen.

How long till I start noticing a difference ?

I noticed a difference about 30 minutes after I had plugged it in and started to cook. So the effects are immediate.

Overall should I bother with the Bio Zone BZ30 Air Purifier?

If you cook at home, have pets, have any family members who are prone to allergies  or are just generally quite conscious about the air you and your family breathes, then I would suggest that you do go ahead and get this Air Purifier.

Apparently it also kills mould and spores so would really add to the hygiene levels of any very sweaty, damp places. The marketing manager who came to see me has a smaller unit in her child’s bedroom as her young daughter suffers from allergies so the clean air she breathes in while asleep really is a help.

I am really surprised at how much of the cooking smells have literally disappeared!

According to some scientific studies the air purifier also helps neutralise any bacteria left lurking on any of your surfaces. It has been shown to reduce by almost 100% bacteria such as E.Coli, Salmonella and Listeria! 90% of hotels in Hong Kong have larger units of the bio zone air purifiers installed. 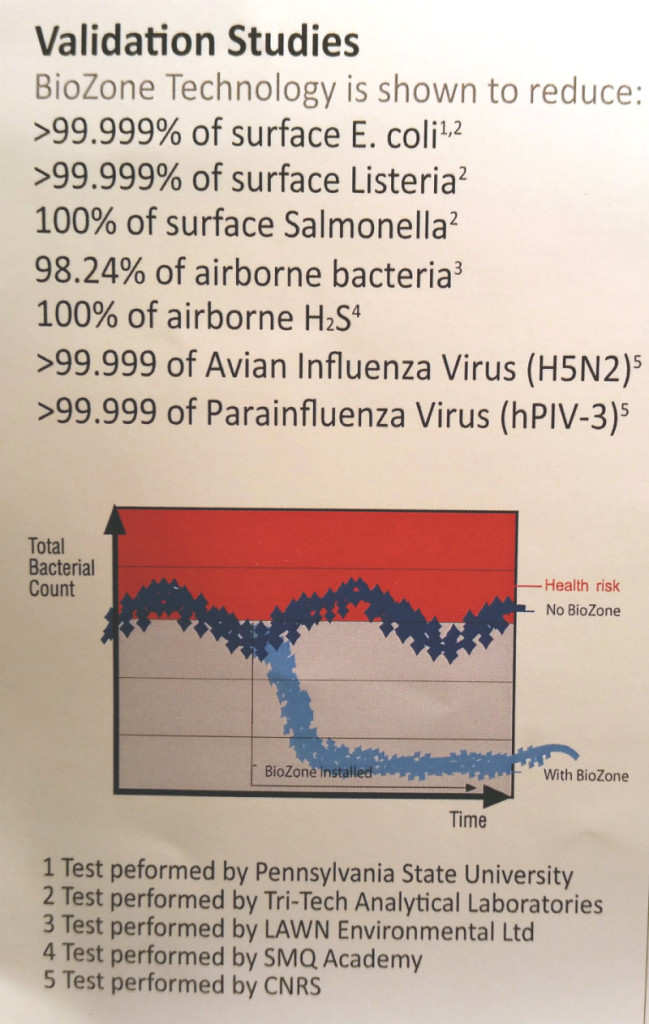 How much does this Air Purifier cost?

The unit I trialled in my house, the A-30 costs AED 2208, not cheap but then it’s a quality product that I think works well. I trialled the product in my home for one month.

The lamp that you’ll need to replace after a year costs AED 640 and is easy to replace yourself.

Bio Zone has offered all DoinDubai Subscribers a discount of 25 %

Just print out your latest newsletter or show them it in your phone to claim your discount when you get in touch with them directly.

Email [email protected] or call her directly on the mobile below.