There’s an excellent new exhibition entitled IMPRESSIONISM – Pathways to Modernity on at the Louvre Abu Dhabi. We visited ourselves and loved it.

What can you expect to see at one of the most significant impressionist exhibitions outside France?

A number of works by renowned impressionist painters including MONET, MANET, GAUGAIN and RENOIR as well as PISSARO AND CEZANNE. Many of the 150 artworks have been loaned from the Musee D’Orsay in Paris. 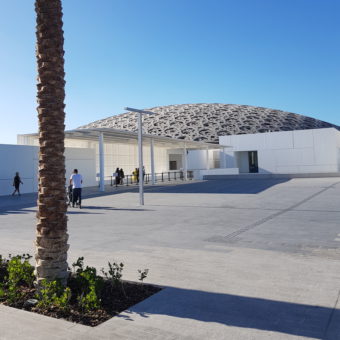 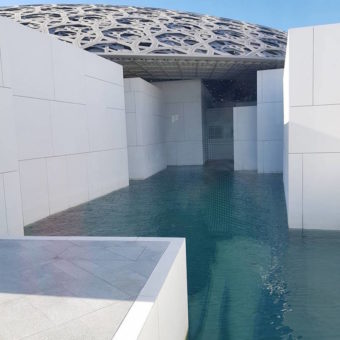 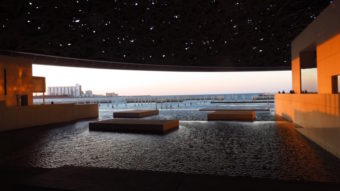 The Louvre Abu Dhabi aims to depict the evolution of mankind through art. Expect to see sculpture, artifacts, paintings and contemporary art displayed not by country or museum of origin but by theme.
Themes seem to be designed to trace the gradual evolution of humanity, so the museum welcome leaflet actually says “Get ready to see humanity in a new light” 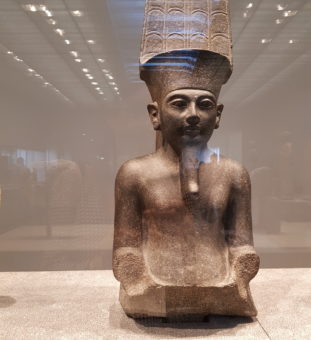 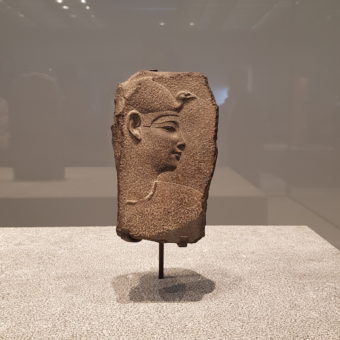 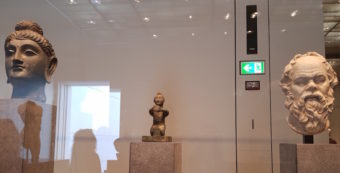 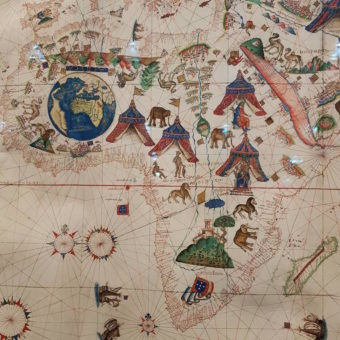 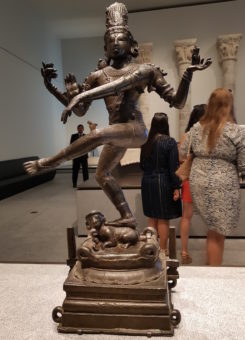 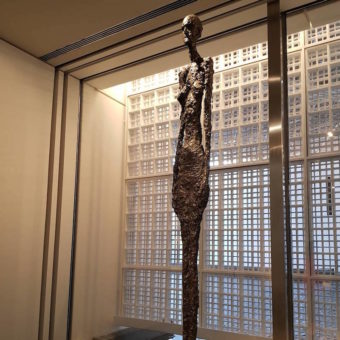 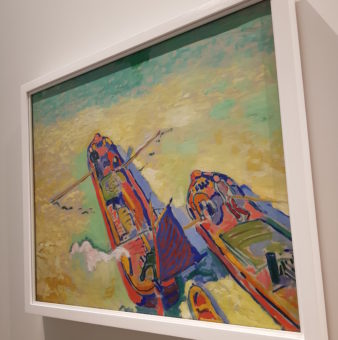 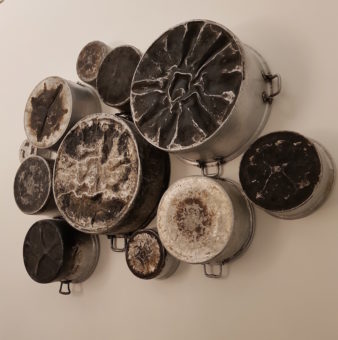 The museum is open every day except Monday from 10 am till 8pm.

There are also guided tours featuring:

Adult entry tickets are AED 60 but the tours cost extra and last between 60 to 90 minutes.

There are 2 places to eat, a café and a restaurant but we didn’t visit either of these as we had lunch before we came at the very good 99 Sushi restaurant at the Four Seasons in Al Maryah Island. That’s an easy 15 minute drive away if there is no traffic. See below.

Yes absolutely, for the building and it’s contents. It’s an important and iconic gallery museum. Go while the weather is good. We’ve been twice now.

You may want to combine your trip to see the Grand Mosque in Abu Dhabai too.
Or plan a longer trip to take in Qasr Al Sarab or Sir Baniyas Island. Both of these would be overnight trips even from Abu Dhbai itself. Closer to Dubai you could try the Eastern Mangroves hotel and spa, unusually green and the kayaking is great fun.

You may want to combine your trip with a lunch at the very good 99 Sushi Bar in the Four Seasons hotel in Al Maryah Island, about a 15  minute drive away.

I would now add the excellent Chinese restaurant DAI PAI DONG at The Rosewood hotel, next to the Four Seasons.

The dim sum is also some of the best I’ve eaten in the UAE. So well worth incorporating into your visit. There is an excellent Business Lunch deal here.

MYSTERY DINING IN UAE – NEEDED NOW Click to find out how. 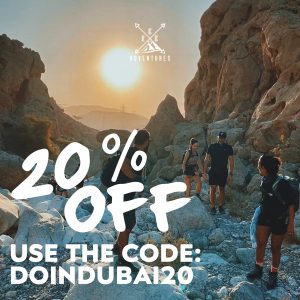