What’s Namu Dubai all about 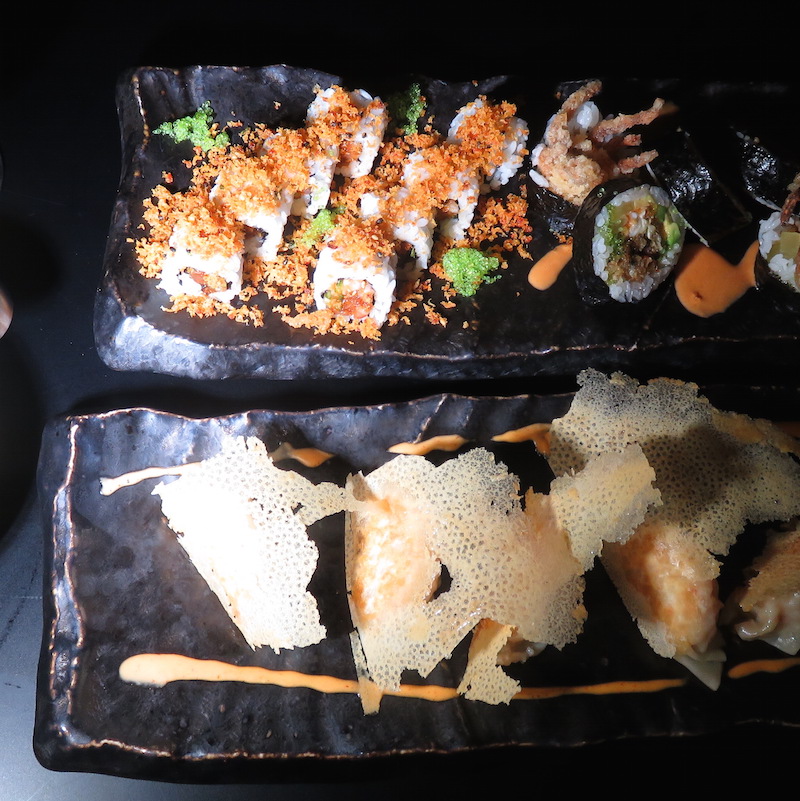 What can I expect to eat at Namu Dubai

The food is very good here, with separate cooking stations for raw, steamed, grilled and fried from what I could make out.  We all really liked the Mero Jim. Expect a hearty bowl of perfectly spiced Chilean seabass in salty, tangy broth poured over thinly sliced courgettes and Korean cabbage. Loved it but it’s pricey at AED 220, our bowl was large enough for 4 to share though. This is a must try and I would go back for it. 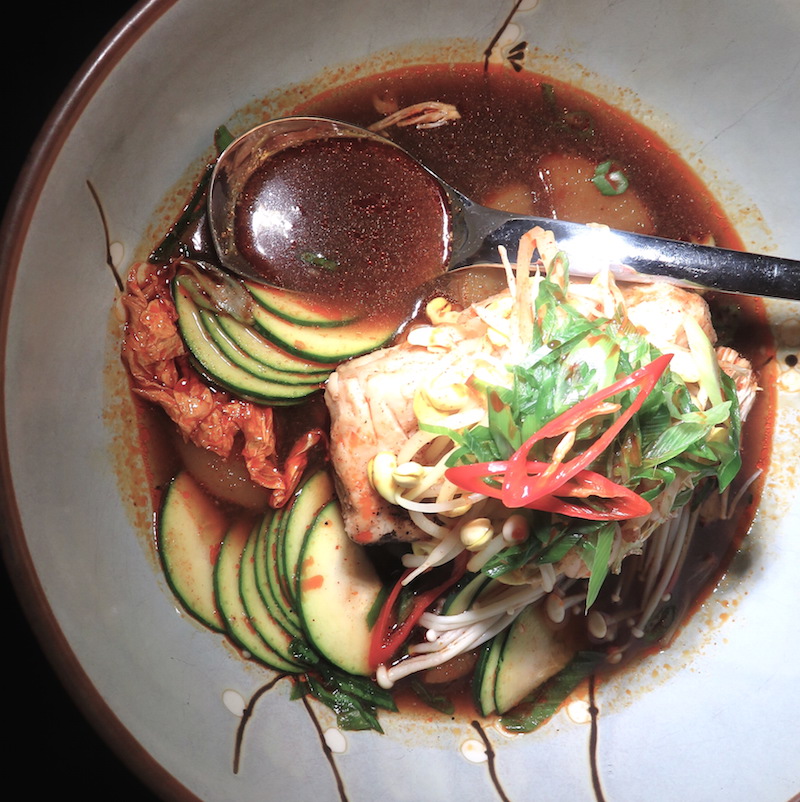 They also serve 2 types of miso soup, a Korean and a Japanese, the Korean version has snails, but the broth base was quite similar to Japanese miso soup.  Both soups had bits of seaweed and tofu. The spider maki and Maguro rolls were a familiar favourite and great to eat while waiting for the main courses.

You must try the vegetarian bibimap course, a type of savoury, Korean rice bowl where the sauce is added and mixed at your table. A little pricey at AED 95 but this was definitely a sharing bowl. We were recommended to try the Korean lamb chops basted with a spicy teriyaki, barbecue type spicy sauce, good again but pricey at AED 140 for 2 chops. 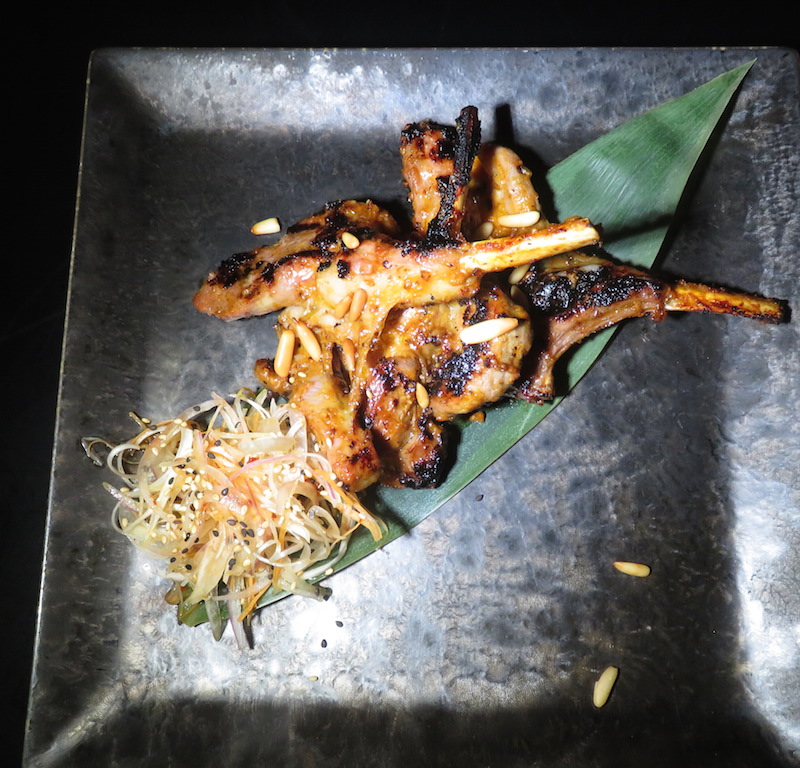 The chocolate Decadence dessert is made for grown up chocoholics and reminded me very much of the rich,  Belgian chocolate cake we make at home. More than enough for 2 or even 3 people to share.

What about the drinks at Namu Dubai

Expect a variety of authentic Asian drinks and cocktails at Namu Dubai, I loved my cheesy sounding Gangnam Style drink that was a Korean version of a gin and tonic made with plum and black pepper gin with elderflower tonic.  The Indomitable Spirit was a large shot of what I think is Korean vodka! Cocktails priced at around AED 65.00 I really liked the selection of exotic bitters they have at the bar at Namu Dubai. I thought there was only Angostura! These bitters are used with Soju, a type of Korean vodka. 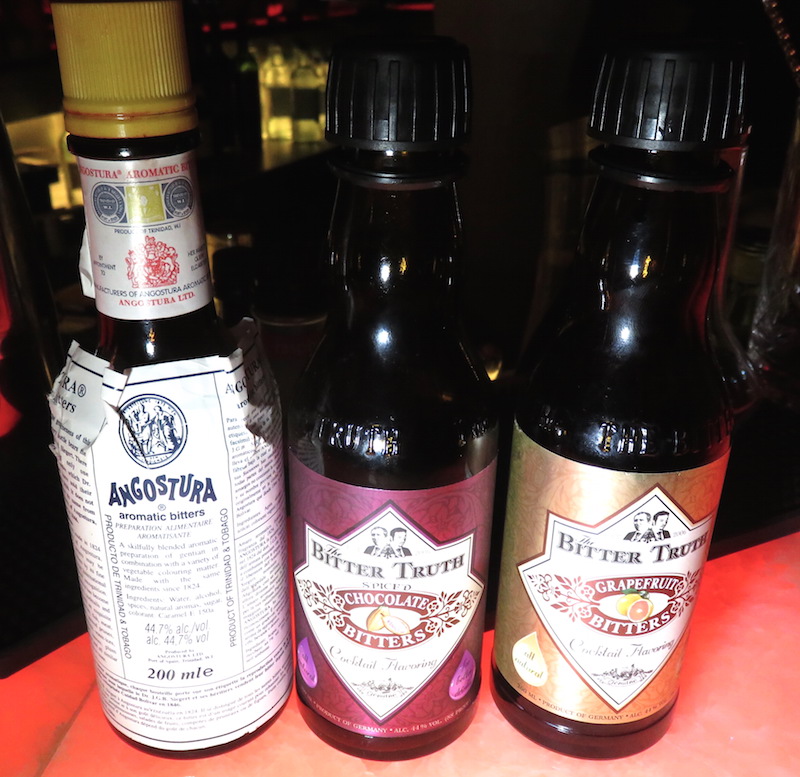 Stand out dishes at Namu Dubai

Definitey the Mero Jim and the bibimap Korean rice bowl oh and the chocolate Decadence dessert!

This restaurant hasn’t been open long (July/August 2016) and the whole Al Habtoor city complex is also quite new, so while the restaurant had quite a few full tables, the area itself is still a bit quiet. It’s the W hotel so expect great music where ever you go, when ever you go! It’s modern, very modern in terms of lighting, seating, tables and ambience.

It doesn’t have quite the buzz right now that I think it will develop soon enough. Open for dinner at the moment and then for lunch from the 9th of September. And in a couple of months you have can pop up to the heavenly sounding Beat of the Angels nightclub to open on the 32nd floor! I think this restaurant would be packed every day had it opened in Gate Village DIFC, very Zumaesque. And if you want to book Namu try booking it conveniently through Round Menu.

If you’d like to listen to the PODCAST  where we are chatting about Namu on Food News Dubai Eye 103.8 then just click!