Did you know Korean food in Dubai and the world over is on the rise?

Korean food can be healthy, convenient to cook and now really easy to find in Dubai. Apparently Waitrose in the UK has seen a 42 % increase in sales of the distilled grain spirit, SOJU!

There are even 3 Korean restaurants in Chennai! It seems Kimchi is cool… 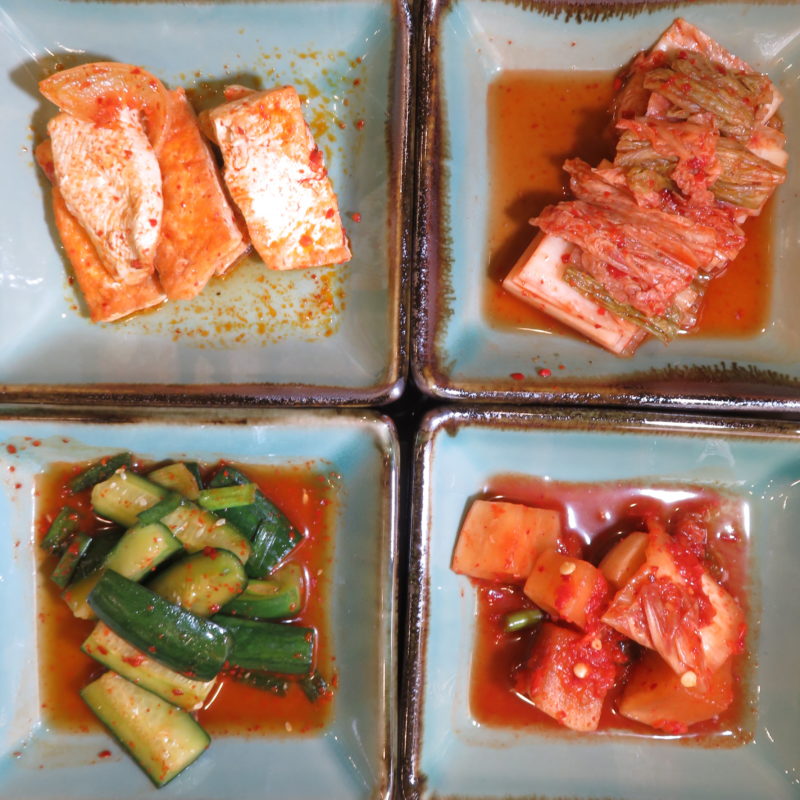 We tried some Korean food at new branch of a well established Korean restaurant in Dubai’s International City. Not my usual stomping ground at all, but I was intrigued by idea of learning about authentic, Korean cooking methods.

Yes we had to cook our food this time, and I’m glad I did. Join me, I guarantee you’ll love KFood Middle East, more substantial than KPop!

Learning about Korean food in Dubai via a cooking class

I’ve recently eaten at Namu, the Japanese/Korean restaurant at the W hotel in Dubai and loved it!

But I didn’t think I’d also like the fresh, tasty dishes we made at Manna Land in International city almost as much! We were part of a cooking class that involved us making 2 authentic Korean dishes at our work stations. 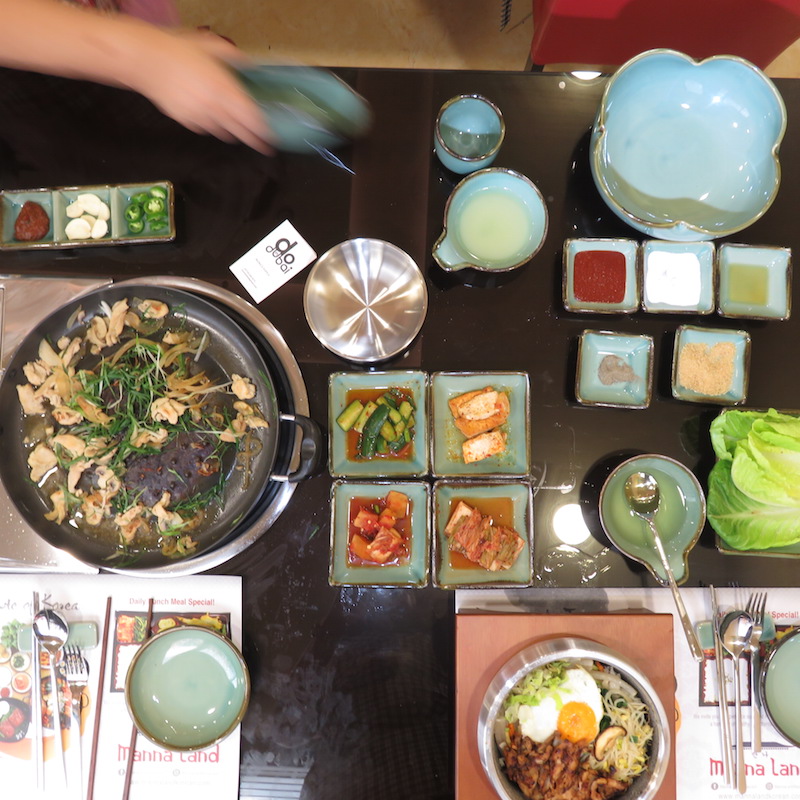 We were instructed via an interpretor by the hugely experienced Korean Grande Dame of cuisine in Dubai Mrs An.  The cooking class was organized by aT Center Abu Dhabi, in collaboration with the Ministry of Agriculture, Food and Rural Affairs.

I liked the simple, fresh ingredients we used for our Bibimbap, a mixed Korean rice. I don’t eat beef, which seems to be a popular Korean choice, but the you can substitute chicken very easily too. 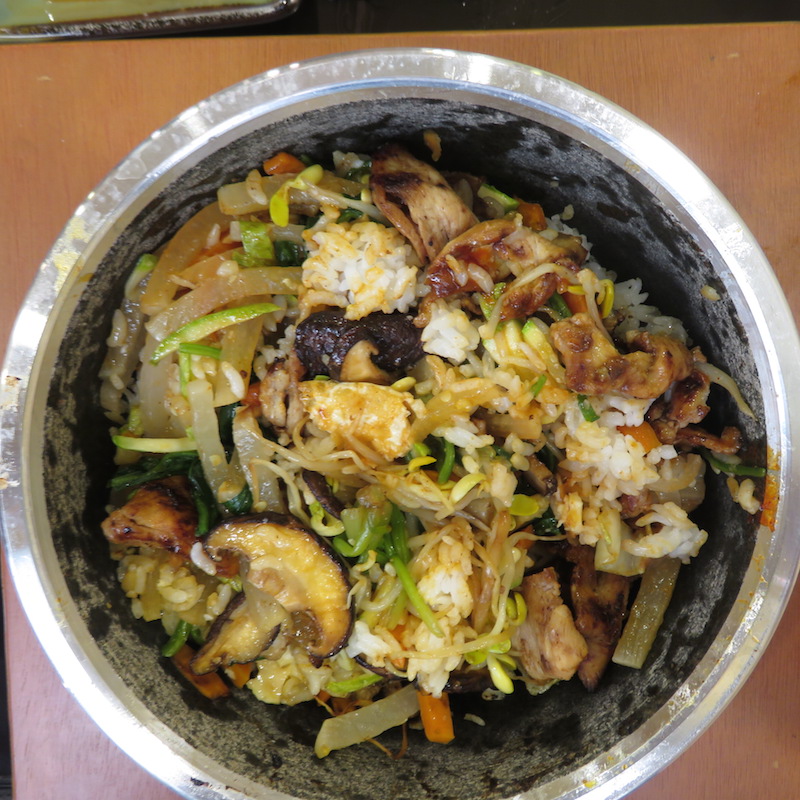 The cooking utensils are very practical as well as functional, so the stoneware lined rice bowl, not only stores the finished dish, it keeps it gorgeously warm too!

I’ve never seen a frying pan that was raised in the middle before, but again, it’s designed to cook the meat on top, then that gat simmer away in a more gentle broth at the sides.

I’m definitely going to try recreating my bibimbap rice bowl at home, another post on that at a later date. We were given some of the ingredients to take home and try.

Where to find Korean food in Dubai

There are a number of restaurants you can try Korean food at here in Dubai, we’ve reviewed some of them here:

Try some KFood yourself this week end at the beach in JBR where there’s a Korean Food Fete happening.

Maybe I’ll see you down there!