I went to the preview of Art Dubai 2012 at the Madinat Jumeirah last night (20th of March) and was hugely impressed by the variety of art on display from around the world. 75 galleries exhibited from 32 different countries and most things were for sale from the Dhs 1 million or so for the 22 carat Cartier necklace to under one thousand Dhs for a paper plate with a stencil in the shape of a snowflake. It’s all art, but a far cry from the flat, one dimensional fine art oil painting variety although there was some of that. Going to the preview meant I had the chance to speak to some of the artists about their work. Here are my favourites, from the beautiful to the bizaare !

A set of coloured panels provided the backdrop to a cut out black canvas of flowers, while tightly curled up ribbons of paper stuck close together formed a dramatically coloured structural image. 4 people travelled the world with models of religious buildings on their heads pointing out the similarities of religion. Dutch in Indonesia is evident. A  giant fibre glass hair clip when oversized liked this becomes an instrument of torture and could be seen as kind of skeleton. There are many everyday objects that have connotations of torture.  A batch of discarded medical prints are transposed onto uniform mirrors, do you think they needed nose jobs ? Look in the mirror and tell me. Global warming is an issue but a freezing installation using Murano glass creatures, shattered mirror panels and real ice men make the point about climate change. And while they are often in the newspapers, these clever collages have used newspaper to flesh out Angelina Jolie and Brad Pitt. There are many pictures I haven’t included, do write if you would like to see more of this wildly successful, entertaining and thrilling exhibition.

Kahani has captured Kolkatta (Calcutta) correctly in showing it to be a crowded, bustling, busy city that takes the festival of Durga Puja very seriously. The plot begins promisingly and immediately we are plunged into the mystery of what has happened to our unlikely heroine’s (Vidya Balan) husband. He seems just to have disappeared somewhere in the vicinity of Kalighat in Kolkatta while on assignment for the Central Data Lab. The film has plenty of twists and turns,  perhaps too many at the end but it’s worth seeing none the less. The build up to the festival of Durga Puja forms the backdrop to this thrilling detective story and helps to portray the spirit of the city.

Vidya (aka Bidya) is unusual in that she is a heavily pregnant software engineer and so makes an unlikely sleuth but she manages to charm tea boys and police lieutenants alike and will stop at nothing to uncover what has happened to her missing husband. Go see the film for an entertaining but sometimes unlikely detective story set in a very authentic and busy city, Dubai seems quiet by comparison. Leave me a comment and tell me what you thought and if you haven’t already done so, do like this post and  www.doindubai on Facebook. Has this review inspired you to the see the movie or has it put you off going ? Would be good to know :

Many Indian Chicken curry sauce bases rely on tomatoes for sourness or tang, so are usually a staple in most Indian homes but because I didn’t have them in my fridge and really did not want to drive to our local shop, we used yoghurt with excellent results ! 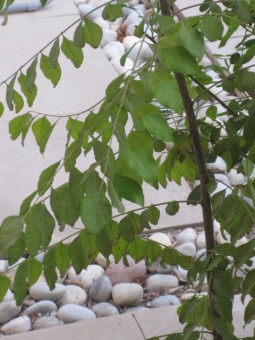 Intro to the Chicken Curry recipe

There are a couple of parts to this chicken curry recipe, firstly making the marinade for the chicken, then frying the marinaded chicken to seal in some flavor and provide some colour, and lastly finishing off cooking the chicken in a coconut broth combined with the remainder of the marinade and finally garnishing with some sizzled curry leaves and mustard seeds. 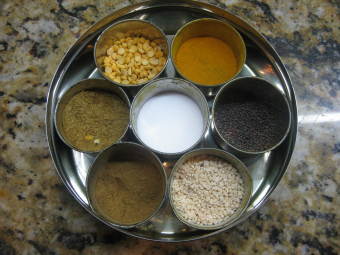 Despite the coconut, the gravy is light as I use low fat natural yoghurt and the initial marinade has no oil at all in it but you need to use oil to fry, try out alternative Valentine’s Day Dinner Dish !  Try it and tell me what you think by leaving me a comment in the box below thanks.

Fancy a Bollywood Movie in Dubai? Well, Aamir Khan’s much hyped Delhi Belly was released this week and Dubai’s Mirdiff City Centre’s 7pm Saturday show was packed. We got some of the last seats in the 2nd row from the screen. Interestingly the film was rated an 18+ here in Dubai, but was a 15 in the UK. Well, seeing is believing but if it were named Carry on Farting you’d have a clearer idea of what the film was about!

A comic caper with a thin storyline that isn’t clever or that funny (to me) but nonetheless is brilliant in it’s characterisations and settings; from the Thai style uniform of the dippy airhostess, to the shoulder length bob of the mafia diamond don, characters are authentic and believable. Aamir Khan has captured a motley crew and made them gel well. Equally the sordid but again highly credible location details are spot on, no plush 5 star Delhi eateries or leafy bungalows in this film , instead we experience the mess you’re left in (literally) if you don’t bother to put your buckets out to collect the 2 hour water ration, the noise coming from the keen but kooky kathakali dancers above your head and the steam and spices coming from the less than hygienically run street stalls selling deep fried Tandoori chicken.

Aamir Khan perhaps has put too much of what he thinks is jokey about Bollywood Cinema into this one production, the brown haired aspiring actress/singer who can’t act or sing, the disco fighter (there was a film with a very naff song called I am a Disco Dancer) and so on, but the audience loved it. Guffaws of laughter alternating with disgusted urghuck sounds echoed throughout the film. I found it funny, but not that funny-thank goodness he didn’t decide to get really technical and offer us

Tell me if you found it funny in the comment box below, would love to know….?!